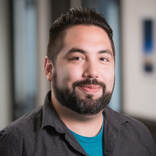 ​S. David Ramirez is all about events. He is the Senior Marketing Manager at TINT, the world’s most powerful social content platform. He is the executive director of San Japan, a 20,000 person cultural festival. He is a contributing writer for IE, the international festival and events association magazine. He is also the principal for SDMRAMIREZ, an events and brand marketing consultancy.

​Angela N. Weddle is a professional visual artist who is autistic with cerebral palsy, and congenital right hemisphere brain damage. Weddle is a neurological anomaly and savant, who was not supposed to have any artistic ability but always has. She has mentored and taught students of all ages about poetry and art. She has read and performed poetry at PuroSlam and with the San Antonio Jazz Poets. She is a published poet in the journal Barking Sycamores Year One;  Edited by V. Solomon Maday & N.I. Nicholson. Weddle is a contributing blogger, artist, animator and board member for the international blog and nonprofit, The Art of Autism. Weddle has lectured about autism awareness and advocacy to local organizations and corporations such as H.E.B. Weddle is known for her sketchbooks, in particular, and has been mentioned in the San Antonio Current, interviewed on Spectrum News, interviewed by Arts United San Antonio, major online magazine PopSugar for her digital art along with partnering with Apple, and has contributed animation and interviews to the University of Exeter’s ExDx Film project which interviewed artists who are autistic, featured artist in Queerly poetry magazine, and is published as the featured cover artist and inside portfolio of work in Salamander Literary Magazine, University of Suffolk, Boston, MA, and featured cover art on the new CD All Without Words by composer Justin Morell and multi-Grammy winning composer and musician John Daversa. 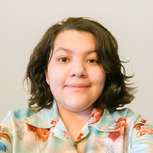 Sage Hernandez is an film maker and screenwriter for stories written and performed by people with disabilities, people of color, and people of the LGBTQIA+ community. They are a SaySi Performing Arts program alum and currently attend Texas State University. 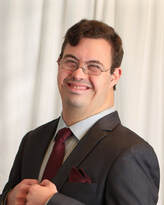 ​Gabriel is an adult with Down syndrome who has worked in the entertainment industry for over 7 years including singing, dancing, acting, modeling and entertaining. He loves the stage and enjoys performing whenever he is given the opportunity.